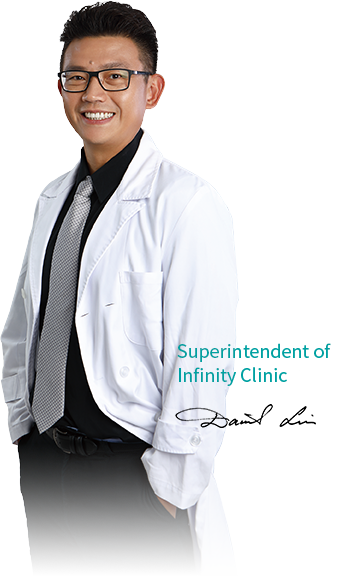 I grew up in a medical family, with my father served as an orthopedic surgeon and my mother the first physiotherapist in Taiwan. My mother promotes physiotherapy in Taiwan and fulfills a cradle-to-grave teaching career in National Taiwan University. With advanced concepts, she also featured free style personality and established extremely intimated relationships with children. She had served in the National Taiwan University Hospital for a long period. Meanwhile, she care for the community health care all the time, with the expectation that the public can seek medical advice more easily and do not need to go to the big hospital being far away from them. Such kind of solicitude aroused my original intention of deeply developing community preventive medicine.

As famous doctor who had worked in the field of orthopedic for nearly 50 years, my father, Dr. Yeong-Fwu Lin, was known for his patience, personality and persistence. He was a kind and genial doctor in the clinic and a typical strict father at home. He always strove for perfect and meticulous execution of everything. Being influenced by his words and deeds, I become an orthopedist just like him. Meanwhile, I regard him as my teacher. When I focus on the orthopedic, I keep pace with the times in every respect to help more patients via pioneering thoughts and behaviors.

In the summer, 2010, my mother was attacked by the frequent pain in knee-joint for having to stand all the time during work hours. In spite of formal medical training that she had accepted, she insisted a thought just like ordinary people: not to have an operation if it wasn’t necessary. Instead of putting on joint prostheses, she resorted to laser phototherapy to relieve pain. Unexpectedly, such method contributed to excellent effects and greatly improved her quality of life. This is also the first time that I found the treatment secret of laser phototherapy. After pain relief surgery, we accompanied her on a walk in Tianmu in the spare time. My mother’s parents’ home was in Tianmu. Since I was a child, I like to visit grandma in Tianmu. Tianmu is just like a small peaceful town, featuring unique exoticism, multicultural, slow paces and Lohas spirit. All of these appeal to me.

In the autumn of 2012, strongest mother felt tired as like Koelreuteria paniculata’s leaves turning yellow. As the patient who always tended to avoid healthy check-up, suddenly, she asks the request. The unexpectedly request turns on the story book’s drama page. The result was just the same to the plot occurring in hospitals, she was found suffering from the terminal cancer. After undergoing all sorts of torment based on operations and chemotherapy, mother finally defeated with virus and lost the battle. Though coming from a family with many doctors, I feel helpless as ordinary families!

In the remaining days of mother, besides the arrangement of regular medical treatment from doctors, I also searched for various medical treatments with advanced technology, with the purpose of improving mother’s physical status as far as possible. Nevertheless, the training system of medical treatment in Taiwan follows that of America all the time, and rarely contacts with techniques and instruments from other advanced countries in Europe. Even though German Multi-spectral Laser Therapy was found being possible to ease cancer patients’ pain, there was no channel of legal introduction at that time. It’s a pity that the disease of mother was found too late and consequently misses the good opportunity of treatment.

The sorrow of losing lovely mother makes me doing my best to introduce the German Multi-spectral Laser Therapy Apparatus and accomplish the application of license issued by Taiwan Department of Health. This is also the only apparatus in Taiwan that obtaining the double authentication of EU CE and American FDA. It is expected that patients with various diseases can benefit from the advanced foreign equipment and techniques.

Inherited from Tianmu Yong-An Clinic, founded by my parents with years of reputation in orthopedics and rehabilitation treatment, Infinity Clinic was launched in October 2016. Infinity Clinic focuses on anti-aging preventive medicine, gynecology and obstetrics, orthopedics, rehabilitation treatment, medical cosmetology and other medical services from diversified aspects. In view of numerous female patients and lack of female obstetrician and gynecologists in Tianmu, Infinity Clinic particularly recruits female doctors for gynecology and obstetrics and preventive medicine. With the combination of pain treatment, sports injury treatment and sports medicine which advocating nursing in vitro and in vivo, we commit ourselves to offering the most advanced and effect choices of treatment to domestic and international patients.

Aging contributes to leisurely posture and wisdom to both you and me. Despite the irreversibility of it as a natural phenomenon, we can still detect and find problems as soon as possible by the functional medicine with international synchronization. Furthermore, with the assistance of advanced technology and creative therapies and the consideration of natural and healthy life style, we can jointly initiate the activation function of body. Consequently, we can prevent or delay the aging problem, achieve inner health and outer beauty, and enjoy superior healthy life. Let the Tianmu physicians facilitate the infinite beauty and health for you.

Infinity Clinic is dedicated to my mother, Professor Mei-Hua Chan. Without her love and concern for community medicine, I would never have the sense of mission for founding Infinity.